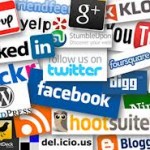 Another way to apply peer mentoring is the Debate. On the 10th of December in 2013 in the SCS of Mytilene a Debate took place “Internet friend or foe?” Two groups of three learners worked on the themes of opposite opinions. Learners started to developtheir arguments with retortsafter 20 minutes of preparation. Four juries decided that the two opposite groups aptly passionately and convincingly equally illuminated most aspects of the subject and could not decide who the winner was. Finally they decided that we must be thoroughly familiar with the various problems and pitfalls of the use of the internet to be protected better.